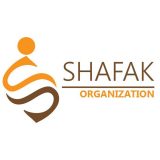 Shafak was officially established in 10-10-2013 (registration no. 27-016-129). It was founded during the early months of the Syrian Crisis in 2011. At its core, Shafak is a grassroots NGO that was formed by Syrians for Syrians, with the intent of addressing the needs of their life with dignity, equality and humanity with a focus on sustainability and autonomy.